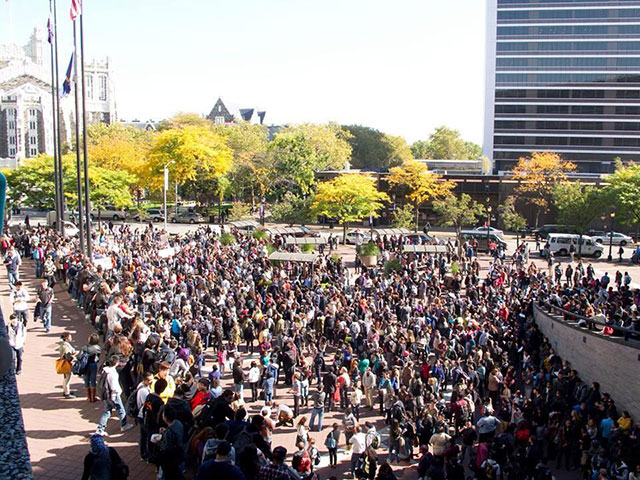 The following leaflet was issued on October 21 by the Internationalist Clubs at the City University of New York (CUNY).

On October 20, the City College administration sealed off the Morales/Shakur Community and Student Center, putting up a sign declaring it the “Career and Professional Development Center.” They were carrying out their longtime goal of evicting the many students who use the space as a center for radical organizing. Raiding the Center, campus cops ripped down radical posters inside the room.

The CCNY administration has been trying for two decades to shut down this radical student center in Harlem. Formed in 1989, it was won through struggle by activists who successfully mobilized against a tuition hike and named the center after Puerto Rican independence fighter Guillermo Morales and Assata Shakur, the former Black Panther who is the aunt and godmother of the late Tupac Shakur.

After being railroaded to prison, Shakur escaped in 1979 and found refuge in Cuba. She is now being hunted by Democratic President Obama, the commander in chief of U.S. imperialism. Last May, the FBI put her on the “Ten Most Wanted Terrorist List,” and doubled the bounty on her head to $2 million.

Stop the Militarization of CUNY! 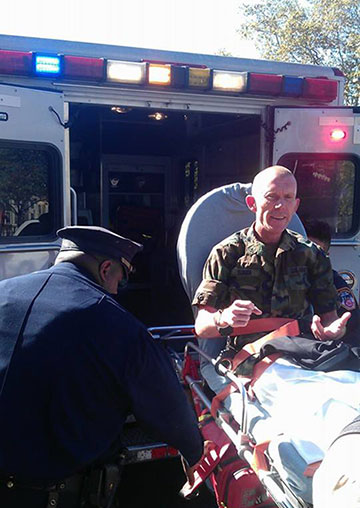 The shutdown of the Morales/Shakur Center follows CCNY’s renaming of the Social Science Division the “Colin Powell Center for Leadership and Service,” after the general who covered up the My Lai massacre in Vietnam, commanded the U.S. invasion of Panama (1989) and the first Gulf War (1991) and vouched for non-existent “weapons of mass destruction” in Iraq.

CCNY is also the headquarters for the Reserve Officers’ Training Corps at CUNY, which was reinstated last spring after 40 years’ absence.

It is no accident that the eviction of the Morales/ Shakur Center comes in the midst of the struggle by students and faculty at CUNY to drive out war criminal David Petraeus through protest and exposure. Meetings of the Ad Hoc Committee Against the Militarization of CUNY have been held at the Center.

The Ad Hoc Committee is a united front of various student and left groups that have been protesting the CUNY administration’s reinstatement of ROTC and hiring of Petraeus, the ex-CIA chief and commander of the murderous U.S. occupation of Iraq and Afghanistan, to “teach” at Macaulay Honors College.

Massive student protests kicked ROTC out of CUNY in 1971. Now this recruiting arm of imperialism’s war machine has been brought back, after Colin Powell and the American Enterprise Institute demanded ROTC’s reinstitution at CUNY. At demonstrations, students have chanted, “ROTC, officer corps of the bourgeoisie!” The CUNY Internationalist Clubs call on students to join us in the struggle to defeat and uproot imperialism through world socialist revolution.

On September 17, six protesters were violently arrested in a brutal NYPD attack on a demonstration protesting the appointment of David “Death Squad” Petraeus at a Macaulay fundraiser. Now, on October 20, a former CCNY student and U.S. army veteran was arrested outside of the Morales/Shakur Center. We say: Drop all the charges now!