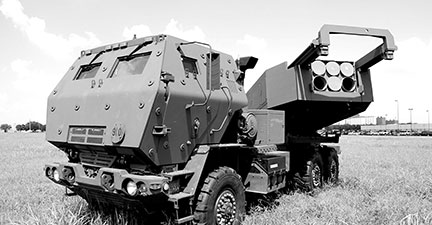 Talking with students arriving on campuses for the fall 2022 semester, Internationalist youth activists have been struck by how many say they’ve long been “over” the self-styled Squad of Democratic Socialists of America (DSA) members and other Democratic Party “progressives” in the U.S. Congress. Some are surprised to find out that when the Squad was elected, almost all groups describing themselves as Marxist enthused over this, as some kind of “victory.” Against such illusions and those that spread them, we told the truth from the beginning, in articles like “Alexandria Ocasio-Cortez to the Rescue of the Democratic Party,” “What ‘Social-Imperialism’ Looks Like,” and “Bernie Sanders and AOC Peddle Biden’s Bitter Brew.”1

Even before winning her seat in Congress, DSA superstar Alexandria Ocasio-Cortez went out of her way to show fealty to U.S. imperialism. When Republican senator John McCain died in August 2018, AOC – having won the primary to be Democratic candidate for New York’s 14th Congressional district – chimed in on the chorus of praise for this war criminal, warmonger and racist, tweeting: “John McCain’s legacy represents an unparalleled example of human decency and American service.” As The Internationalist stated:

“This homage is a grotesque pledge of allegiance to U.S. imperialism, honoring a man responsible for bombing civilians as a Navy pilot in North Vietnam, who incessantly beat the war drums over the Afghanistan and Iraq wars, who stood shoulder to shoulder with jihadist cutthroats in Libya and Syria and neo-Nazis in Ukraine.”2

>On their first day in Congress (3 January 2019), AOC and Rashida Tlaib (D-Michigan, at that time the one other DSA member in Congress) voted for the bill maintaining funding for the Department of Homeland Security. On the same day, together with a raft of “progressive” Democrats, they voted for a bill that included some $20 million “for programs to promote democracy and the rule of law in Venezuela,” that is, preparing the way for a coup by financing the pro-imperialist opposition. In July 2021, when Democrats and Republicans raved against Cuba (whose 1959 Revolution was a major blow to Uncle Sam in his “own backyard”) and in support of anti-communist protests “Made in U.S.A.,” Bernie Sanders and AOC joined in to “solidarize” with them too.3

In the 2020 elections, two additional DSA members were elected to Congress: Jamaal Bowman (D-NYC) and Cori Bush (D-Missouri). Others were elected to state and municipal offices in various locales. DSA’s national director, Maria Svart, said this was because the organization’s “ideas speak to deep human needs” (In These Times, 11 January 2021). In reality, its actions speak to the needs of U.S. imperialism, as promptly shown by innumerable other examples. One such action briefly made a few waves inside the group: Bowman’s September 2021 vote for $1.1 billion in funding to Israel’s “Iron Dome” missile system, which followed his July 2021 vote for $3.3 billion in military aid to Israel (two months after it rained death and destruction yet again on Palestinians in Gaza).

Some “leftist” elements proposed that the Congressman be expelled from the DSA. But the waves amounted to a minor tempest in its teapot, as onward-and-upward boosterism of the DSA’s electoral “successes” went full steam ahead and it basked in the glow of “unity” with President Joe Biden, House speaker Nancy Pelosi, et al. Bowman was of course not expelled. (“No, DSA Shouldn’t Expel Rep. Jamaal Bowman,” proclaimed Hadas Thier, formerly a leading voice of the now-defunct International Socialist Organization, in Jacobin [25 November 2021].) And in December 2021 he traveled to Israel, where he met with Neftali Bennett, then the Zionist state’s butcher-in-chief/prime minister. After all, what’s the point of being a Democratic Congressman if you don’t get to have photo ops with heads of state? Plus which, “DSA electeds” are the No. 1 calling card of the Democratic (Party) “socialists.” To do the work of funneling people into U.S. imperialism’s Democratic Party you have to toe its line, loyally following those who call the shots (literally): the imperialist rulers, from the White House and Pentagon to the halls of Congress on down.

Multiple further examples could be given. And now the billions of dollars for weapons of death have become an ever more massive torrent as the Biden administration pumps vast amounts into backing Ukraine’s military in the current nationalist war with Russia touched off by the U.S./NATO imperialists. (NATO is the North Atlantic Treaty Organization.) Just in terms of official U.S. figures on military aid, on August 19 the Department of State declared that U.S. “security assistance” to Ukraine has “totaled approximately $10.6 billion since the beginning of this Administration.” Many billions more go under other headings. And in late August the White House “announced a new $3 billion package ... that will directly fund contracts with the U.S. defense industry for artillery rounds, mortar rounds,” missiles, drones, etc., notes Politico (24 August), stating that this marks a shift “from pulling existing weapons off of shelves to awarding contracts to defense firms for weapons that need to be built.”

And the “DSA electeds”? AOC tweeted in February that “any military action must take place with Congressional approval.” Then in May, the DSAers in Congress were among the 368 House of Representatives members voting to approve Biden’s $40 billion package of aid to the Ukrainian regime. What did this buy? “The package includes almost $15 billion for defense operations and maintenance which includes $6 billion for the Ukraine Security Assistance Initiative and $8.7 billion to replenish stocks of U.S. equipment sent to Ukraine,” stated Reuters (19 May), adding that the legislation includes “hundreds of millions of dollars for the procurement of missiles, weapons and tracked combat vehicles, ammunition and aircraft, among others.”

Of course, all this is a bonanza for “masters of war” U.S. arms firms – just for example, the Army just awarded Raytheon Missiles & Defense a $182 million contract to send missiles to Ukraine, reports The Defense Post (29 August). The same defense industry trade publication notes (1 June): “US Sending Himars Multiple Rocket System to Ukraine Military: Official,” adding “The new weaponry will come from a recently approved fund of $40 billion.” The High Mobility Artillery Rocket System (HIMARS) is produced by Lockheed Martin, whose website today trumpets its role in the “Vietnam War [which] underscored the urgency of developing the capability of moving U.S. troops and weapons quickly overseas,” boasting as well of its production of B-57s, F-111s, “Huey” helicopters, etc. in that genocidal U.S. war as well as other imperialist invasions, occupations, etc.

As Ukrainian officials and media proclaim, U.S.-supplied HIMARS rockets are already in use by Ukraine’s military. What for? Among other things, to strike at civilian targets in Donetsk, such as a funeral march and, around June 20, a civilian apartment building in Kuibishevsky Region. On or shortly before July 4, Ukrainian forces fired HIMARS at civilians in the town of Snezhnoye. On July 10, HIMARS killed three Russian civilians on a humanitarian mission and injured 40 in the Amvrosievsky district. On July 17, HIMARS killed two civilians in Alchevsk… Ukraine is also using HIMARS in shelling near the Zaporizhzhia nuclear plant – risking setting off a nuclear catastrophe. Thanks, AOC & Co.! Actually, every member of the DSA and its youth group (YDSA), having joined in building up the NATO “socialist” war Squad, has their own share of responsibility in all this.

Meanwhile, on August 3, the Senate voted overwhelmingly to even further expand NATO, approving the admission of Finland and Sweden into this criminal alliance for the waging of imperialist war. Needless to say, those voting “yea” included a certain Vermont senator named Bernie Sanders. ■